Nashua Board of Alderman 2021

We need you to contact your Nashua Aldermen and Alderwomen about the passing Nashua's version of the NH Resolution for Fair Nonpartisan Redistricting.

Here is a link 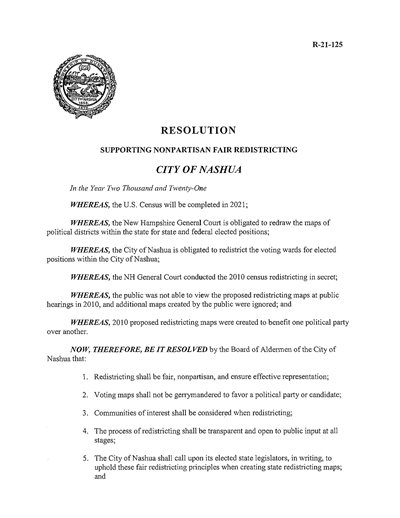 to a PDF of the resolution being proposed by Alderwoman Jan Schmidt:   Nashua Resolution   Our thanks to Alderwoman Schmidt for bringing this forward.

Two meeting dates are coming up, if you wish to attend or speak to support the resolution.   It appears that Nashua does TV broadcasts of the meetings, but not Zoom or online interactive access.

Monday, April 5, 2021, 7 p.m.:    Speak, or submit written testimony, to June M. Caron, Chair, Personnel/Administrative Affairs Committee  (If you wish to speak the mic will be open after the opening (best time) and at closing (still fine)

Tuesday, April 13, 2021, 7:30 p.m.:  Comes before the full Board of Aldermen,  speak or submit written testimony to Donna L. Graham, Legislative Affairs Manager.  (Best time to speak is at the beginning)

Send an Email to Committee Members

Here is sample language for your email, but please use this as a guide and make the email authentically from you.   We suggest you email your alderman/woman, plus the members of the Personnel/Administrative Affairs Committee.

I just heard that the Board of Alderman will be hearing a resolution supporting fair nonpartisan and transparent redistricting.   Versions of the NH Resolution for Fair Nonpartisan Redistricting have now passed in 44 towns, including the cities of Lebanon, Keene, Franklin, Dover and Durham.

I think this is important because even though the City of Nashua does fair ward districts, the state's track record for fair voting maps isn't as commendable.  There seems to be something about going to serve in Concord that makes our leaders sometimes forget that they work for the people, not the parties.   I'm one voter who thinks that we need a level playing field for this, so that voters can vote and know that the system isn't rigged for one party or the other. 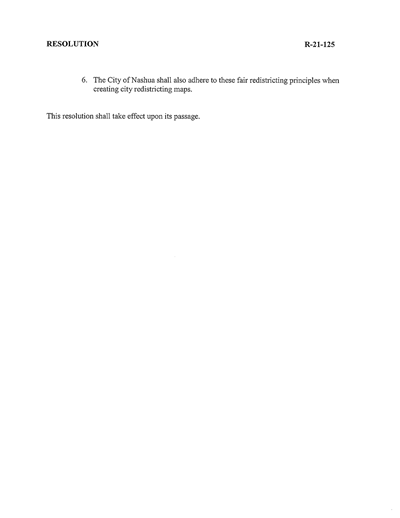 Please commit the City of Nashua to drawing its own fair districts, and make sure our state legislators and the Special Committee on Redistricting are put on notice, too.

Thank you for your service to our city!

Nashua Board of Aldermen, as of March 2021

* = Members of the Personnel/Administrative Affairs Committee, where Nashua's Resolution for Fair Nonpartisan Redistricting will be heard.

MICHAEL B. O'BRIEN, SR , VP Board of Aldermen, [email protected] 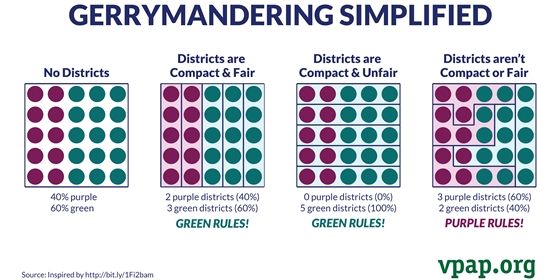 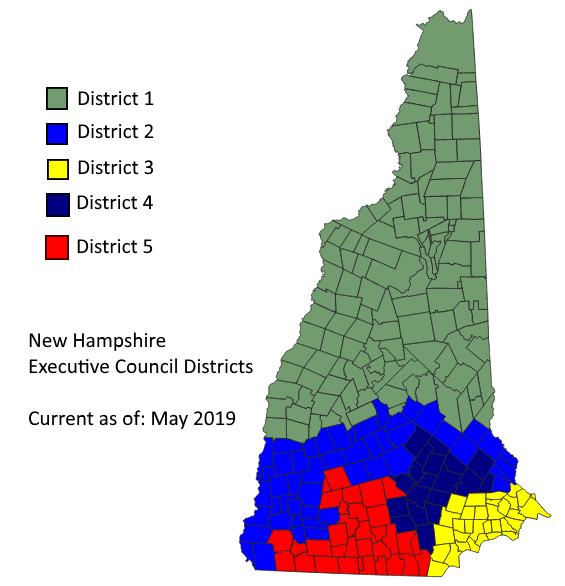 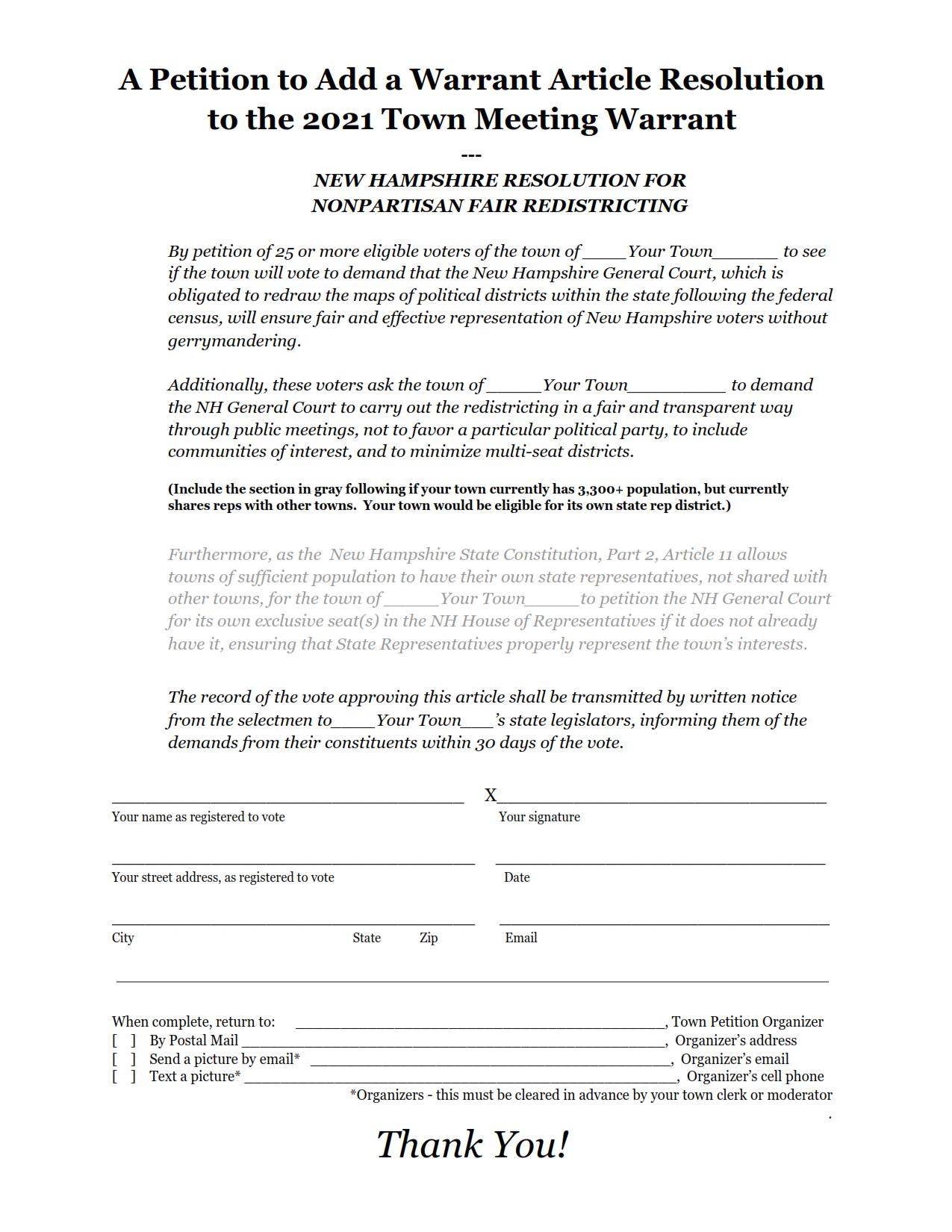 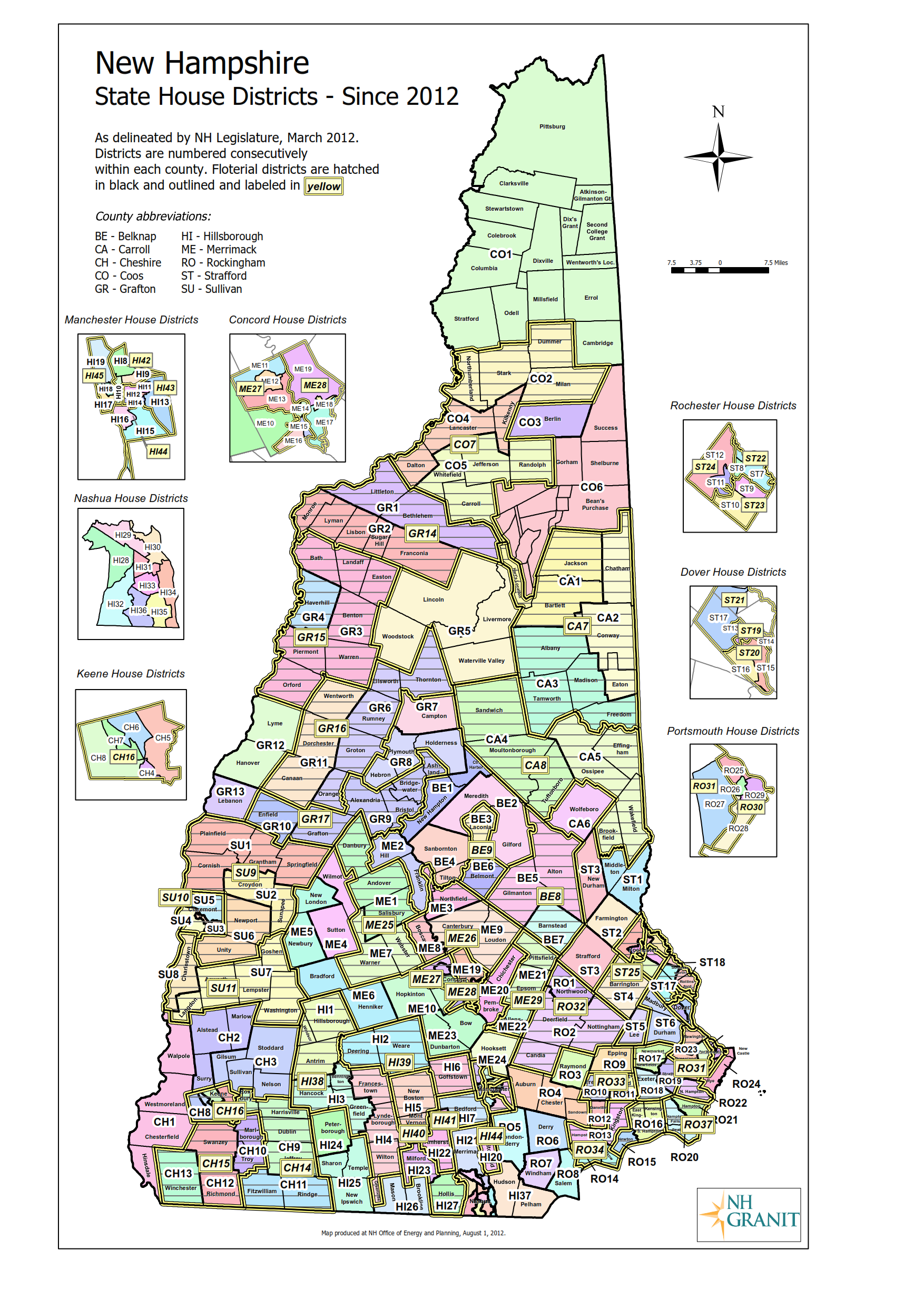