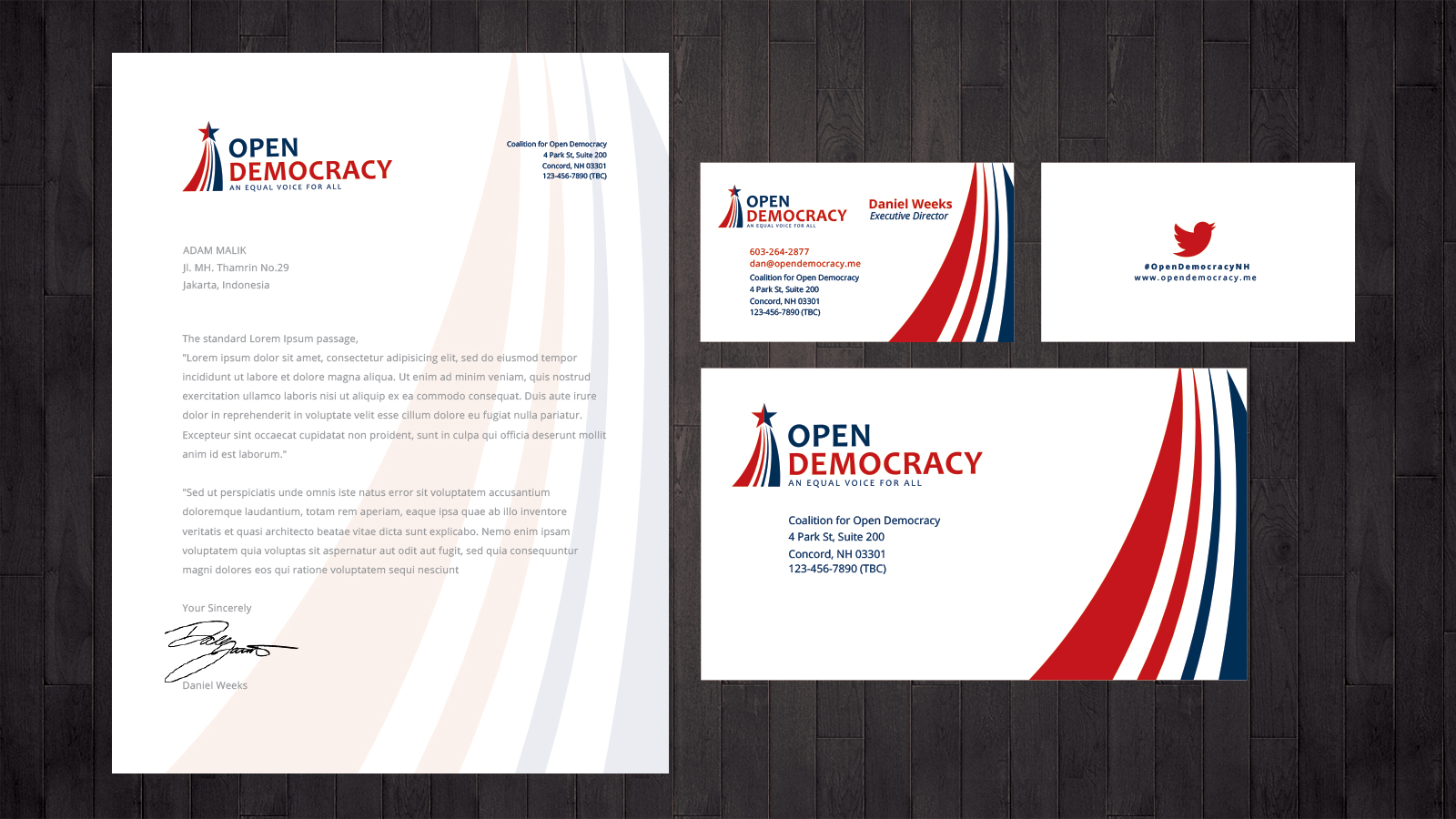 It isn't everyday that an organization gets to "reinvent" itself, but when the opportunity comes you've got to grab it by the horns! Last month, we invited a community of skilled designers to submit their ideas for a new Open Democracy logo and identity via an online contest. Dozens of talented designers responded and we collected over 100 submissions.

Then, we put the leading designs out to you, our communityof supporters around New Hampshire and beyond. More than 100 of you responded by voting on the top five submissions, and one of those designs came out on top. As a pro-democracy organization, we naturally had to proceed with the design you chose. And we thank you for choosing well!

We're proud to unveil our new logo above, which we think (and hope) strong expresses three key aspirations of our movement.

First, the name. While we have nothing against the fish, "COD", as we were commonly known, doesn't exactly evoke openness and democracy in and of itself. We're hanging on to our full legal name, Coalition for Open Democracy, and remain committed to building a true coalition of reformers by reaching out to likeminded individuals and groups. But we're excited to embrace those two precious words, "Open Democracy," as our primary, and somewhat less fishy, brand. We hope you'll agree. After all, it's hard to argue with democracy, and the more open it is the better. As for the tagline, "An equal voice for all," we think that speaks for itself.

Second, the colors. It goes without saying these days that American politics is starkly divided between conservatives and liberals, red and blue – even as large numbers of citizens feel disaffected by our two-party system. By choosing red and blue in equal measure, we wanted to signal that both sides matter and have something important to contribute to our political debate. We also recognize, as a practical matter, that no reform of substance will ever be passed in the U.S. without a fair measure of support from people on both sides of the aisle. That's not to say that red and blue are the only colors that matter – we look forward to the day when a more open and competitive democratic process does not automatically exclude other parties – but they are undeniably the two big players in American politics today.

Finally, the road. Our founder, Granny D, spent the better part of two years trudging along the open road from California to Washington, DC, and we indeed to keep her walk alive. For us, the red and blue curving road is a road of progress, with both sides coming from different points but growing gradually closer together and converging ultimately at a common destination, the star.

Now that we have the logo in place, it's time to move right along with our new website and supporting materials. What you see here as of today is only a rough start, but we hope you'll spend a few minutes looking around and perhaps even share your thoughts and advice on how we can make it better by getting in touch with us.