Posted by Doreen Desmarais 444sc on · Add your reaction 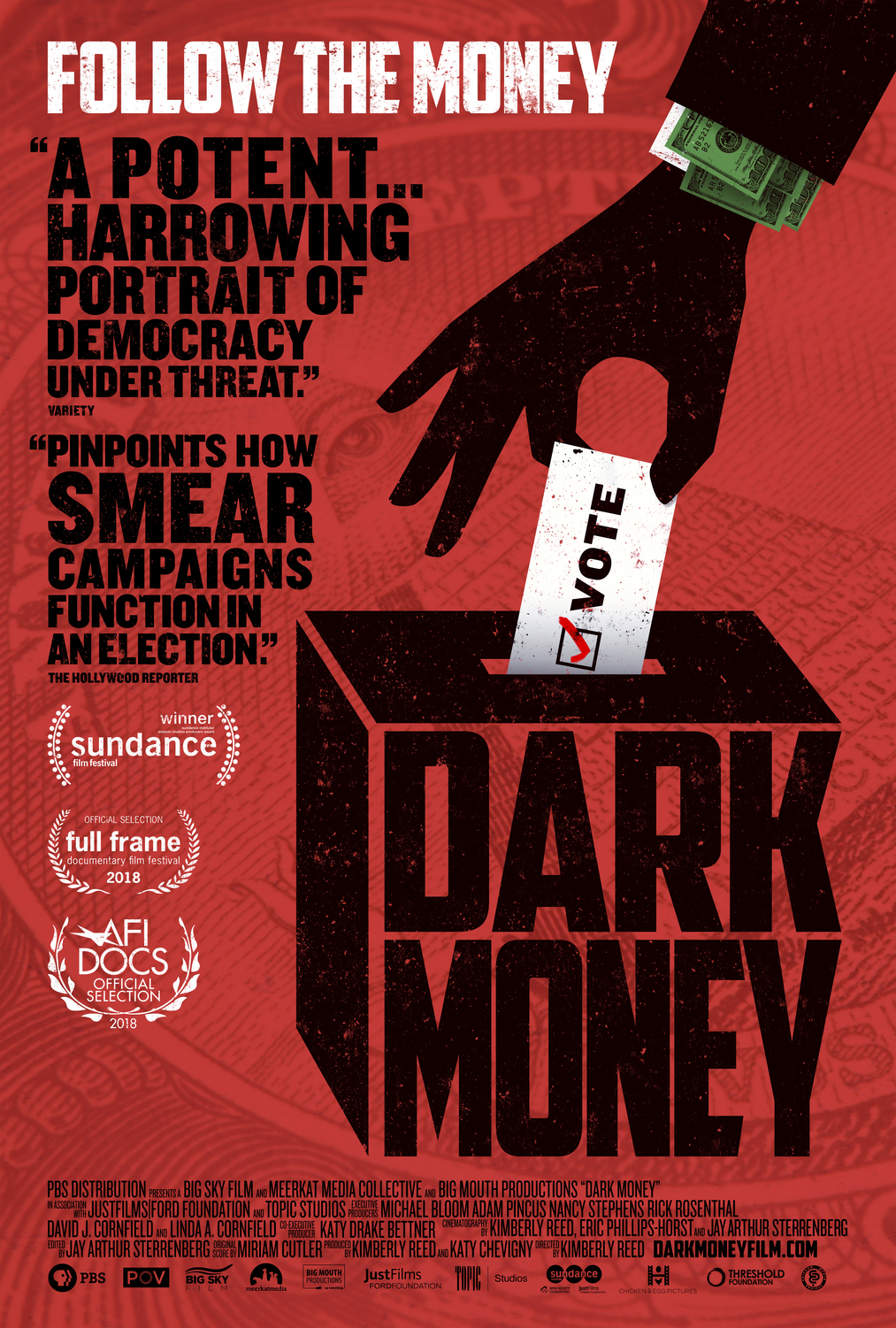 DARK MONEY, a political thriller, examines one of the greatest present threats to American democracy: the influence of untraceable corporate money on our elections and elected officials. The film takes viewers to Montana—a front-line in the fight to preserve fair elections nationwide—to follow an intrepid local journalist working to expose the real-life impacts of the US Supreme Court’s Citizens United decision. Through this gripping story, DARK MONEY uncovers the shocking and vital truth of how American elections are bought and sold. This Sundance award-winning documentary is directed/produced by Kimberly Reed (PRODIGAL SONS) and produced by Katy Chevigny (E-TEAM).

Free and open to the public, this is event is co-sponsored by Open Democracy and Kent Street Coalition.  Oliva Zink, Open Democracy Executive Director, will lead an audience discussion and Q&A after the film.