Hedrick Smith, the Pulitzer Prize-winning former New York Times reporter and Emmy Award-winning documentary producer for PBS and PBS Frontline will join us for a book signing of Who Stole The American.  Hedrick has over five decades as a reporter, editor, producer and author and has established himself as one of America’s premier

Smith’s book is an extraordinary achievement, an eye opening account of how, over the past four decades, the American Dream has been dismantled and we became two Americas.  This magnificent work of history and reportage is filled with penetrating insights, provocative discoveries and the great empathy of a master journalist. 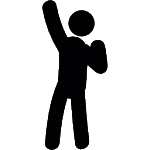 Hedrick is currently on a weeks tour of New Hampshire promoting his latest film: The People vs The Politicians.

About the film: For every flaw in our politics – dark money, voter suppression, gerrymandering, Citizens United, Mega-Donors, hyper-partisanship – grassroots reformers are putting solutions to work at the state level.  This is not a story of left vs right., Republicans vs Democrats.  It’s a  story of the People vs the Politicians, of We the People rising up against fat cats and entrenched power – and winning.  Hear stories of grassroots heroes making a difference, combating billionaire and corporate money, empowering small donors, fighting for voters rights, mobilizing to make our democracy fairer, more transparent and more inclusive.  The film offers both ideas and inspirations that will appeal immediately to a town meeting democracy state like New Hampshire.