New Hampshire has a proud tradition of community and civic engagement, which constitutes the primary means available to average citizens for making their voices heard beyond the ballot box. Nevertheless, surveys show that New Hampshire residents’ level of engagement has declined in recent years, consistent with the low rate of voter turnout in non-general elections traced above. Additionally, while New Hampshire residents often pride themselves on higher-than-average political awareness, most are unable to name at least some of their major elected representatives.  The following analysis covers state civic participation data from the most recent available surveys for 2013, with historical comparative data going back to 2000.

One in four New Hampshire adults reported participating in volunteer activities of any kind in 2013, the last year for which comprehensive survey data are available. (26) One in seven (14%) New Hampshire residents reported belonging to a school or community group and one in twelve (8%) to a service or civic organization. The rate of overall civic participation has declined since 2004 from roughly one in three to one in four citizens, earning a grade of D, where 80-100% participation corresponds to a grade of A, 60-79% B, 40-59% C, 20-39% D, and less than 20% F. Meanwhile, the number of annual volunteer hours per capita has also declined from roughly 37 in 2004 to 31 in 2013.

When it comes to various forms of political engagement, the rate of participation is similar to that of general volunteerism in New Hampshire according to the most recent available surveys. Just 14% of New Hampshire adults reported contacting a public official and less than 10% reported being part of a civic group, earning grades of F. Meanwhile, 33% of respondents reported discussing politics a few times a week or more with family or friends for a grade of D.

The Census survey revealed that New Hampshire residents with low socioeconomic status were significantly less likely than their more affluent and well-educated counterparts to report engaging in volunteerism, discussing politics with friends and family, or contacting a public official, even as they were more likely than any other income group to report talking with and helping their neighbors frequently. The finding suggests that people with low socioeconomic status may not experience a lack of interest or engagement in community life overall but rather lack meaningful avenues for political participation and/or a sense of efficacy in politics. 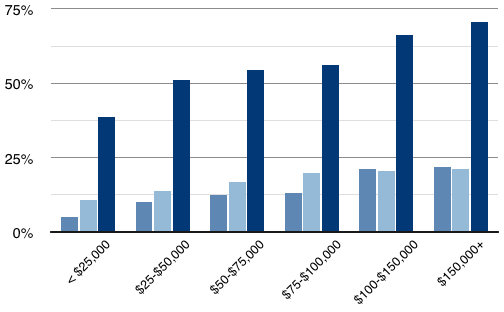 Holding elected officials accountable requires basic knowledge of who they are. According to a 2014 poll conducted by the University of New Hampshire Survey Center, 42% of New Hampshire residents could name both their US senators, with another 21% able to name one senator. (27) The other 37% either guessed incorrectly or didn’t guess. Meanwhile, 18% of residents were able to correctly name their US representative, 19% were able to identify their state senator, and 17% their state representative; the survey did not establish whether the names respondents gave for their state senator and representative were correct.

Taken together, 23% of respondents gave the name of their elected official, on average, for a grade of D. The results show a marked decline across the board since 2000, with the exception of the percentage of citizens naming both US senators, which increased from 34% in 2006 to 42% in 2014 (the question was not asked in 2000).