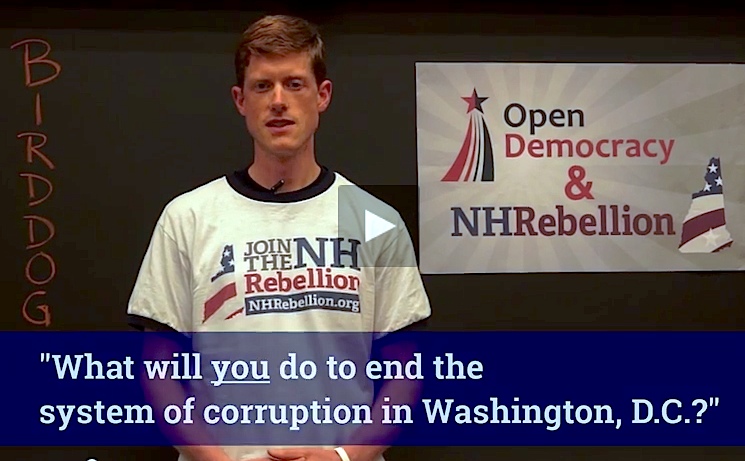 With less than a month to go until Election Day, we're hearing lots of campaign promises on everything from jobs and the economy to climate change and national security. But how will our leaders be able to solve these problems when they're stuck spending hours a day raising money for reelection, most of it from out-of-state interests intent on maintaining the unjust status quo?

That's why we're calling on New Hampshire candidates in both parties to publicly commit to ending the system of big money corruption in Washington, now and in the upcoming presidential primary. Dozens of supporters have already joined our birddogging team and we're inviting others to sign up to question the candidates as they tour the state.

If you're new to birddogging, check out this short video and let us know if you'd like to attend one of our upcoming trainings.

To streamline the process, we also developed a handy WebApp – QuestionR.org – that allows volunteers to read the question, record the candidate's response, and upload it directly to our site. Or questioners can always skip the technology and send us a quick report after the event to help us keep track.

Now is the time to put our issue on the minds of candidates, voters, and the media. We hope you'll sign up to join our birddogging team!