Open Democracy Book Club: The Sum of Us

The next Open Democracy Book Club title has been chosen for discussion on June 9, 2022 at 7 pm, and it is The Sum of Us: What Racism Costs Everyone and How We Can Prosper Together by Heather McGhee.

Heather McGhee’s specialty is the American economy—and the mystery of why it so often fails the American public. From the financial

crisis of 2008 to rising student debt to collapsing public infrastructure, she found a root problem: racism in our politics and policymaking. But not just in the most obvious indignities for people of color. Racism has costs for white people, too. It is the common denominator of our most vexing public problems, the core dysfunction of our democracy and constitutive of the spiritual and moral crises that grip us all. But how did this happen? And is there a way out?

McGhee embarks on a deeply personal journey across the country from Maine to Mississippi to California, tallying what we lose when we buy into the zero-sum paradigm—the idea that progress for some of us must come at the expense of others. Along the way, she meets white people who confide in her about losing their homes, their dreams, and their shot at better jobs to the toxic mix of American racism and greed. This is the story of how public goods in this country—from parks and pools to functioning schools—have become private luxuries; of how unions collapsed, wages stagnated, and inequality increased; and of how this country, unique among the world’s advanced economies, has thwarted universal healthcare. 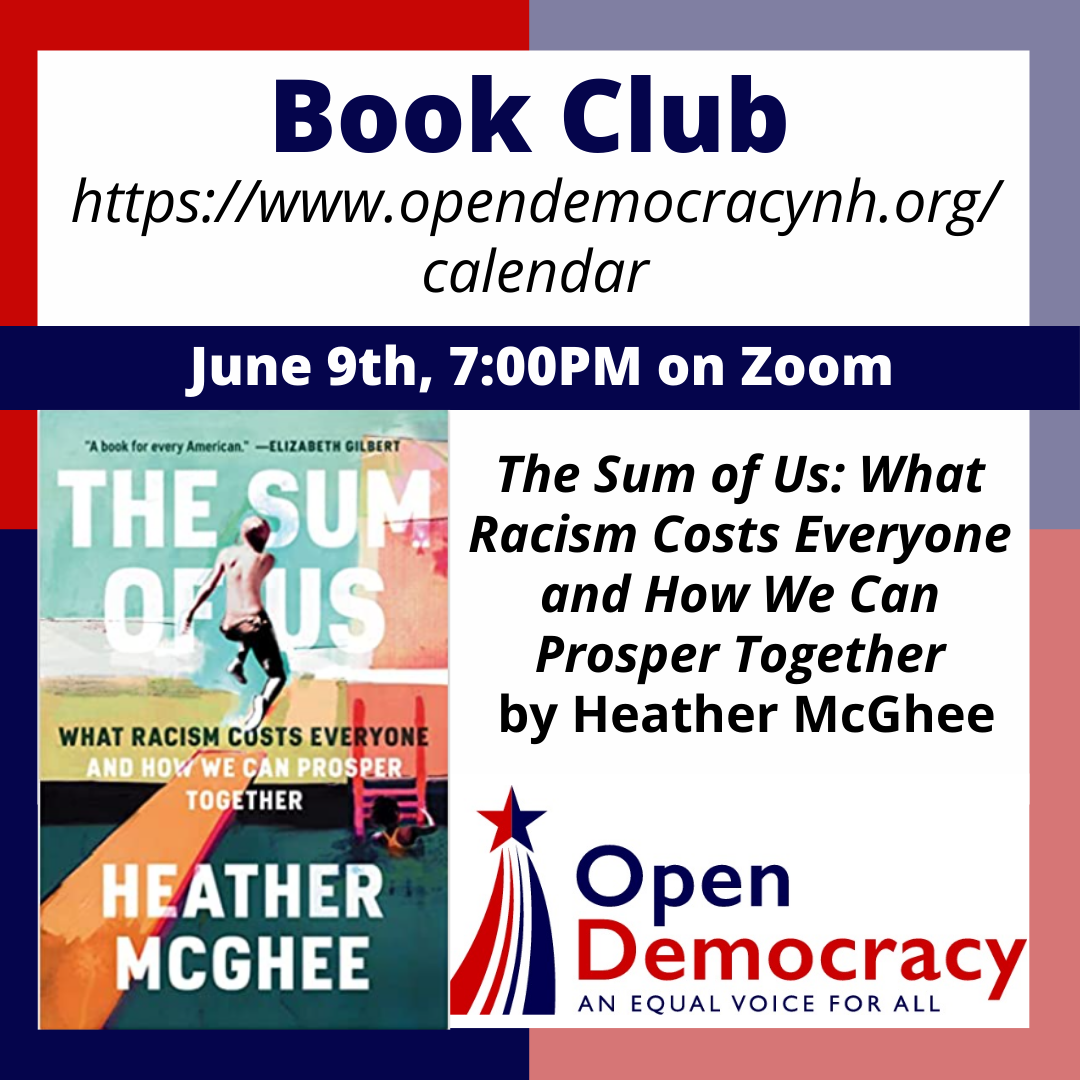 But in unlikely places of worship and work, McGhee finds proof of what she calls the Solidarity Dividend: the benefits we gain when people come together across race to accomplish what we simply can’t do on our own. The Sum of Us is not only a brilliant analysis of how we arrived here but also a heartfelt message, delivered with startling empathy, from a black woman to a multiracial America. It leaves us with a new vision for a future in which we finally realize that life can be more than a zero-sum game.

"think and do" tank Demos, serving four years as president. Under McGhee’s leadership, Demos moved their original idea for “debt-free college” into the center of the 2016 presidential debate, argued before the Supreme Court to protect voting rights in January 2018, helped win pro-voter reforms in five states over two years, provided expert testimony to Congressional committees, including a Supreme Court confirmation hearing in 2017, and led the research campaigns behind successful wage increases for low paid workers on federal contracts, as well as at McDonalds, Walmart and other chain retailers.

Watch her "Racism Has a Cost For Everyone" Ted talk HERE.