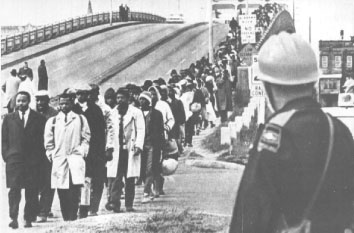 Hundreds of brave men and women marched for their freedom to vote in Selma -- and were brutally attacked for doing it.   We're asking for just a few minutes to take some simple yet powerful actions that can help in the fight for voting rights, both around the country and right here in New Hampshire.

By tomorrow, Monday, March 8, 8:30 AM - Register your Opposition to these anti-voting rights bills being heard in NH House Election Law TOMORROW.  These include efforts to end same-day registration, which disproportionately affects lower-income voters, students, and communities of color.   It takes about 90 seconds per bill once you get the hang of it. 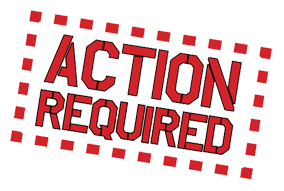 - On the calendar when you log in, choose Monday, March 8th
- Choose the committee: Election Law
- Choose the bill by number
- You are "A Member of the Public" and "Representing Yourself"
- Note Open Democracy Action's positions below
- Say No to Speak to the bill, unless you are motivated to testify live to the committee.
- You'll be asked to confirm your position and information
- At the end, you'll be asked if you want to sign for additional bills.

9:30 a.m. HB 429 requires students to prove they have registered to vote in NH to obtain in-state tuition rates.  But then it removes college IDs as a form of identification to qualify under the Secretary of State’s guidance on student voting.  Open Democracy Action opposes this bill

10:15 a.m. HB 554 also attempts to define domicile as it pertains to temporary residents, specifying students, particularly those who have domicile in the state, but are away for the pandemic.   “A student of any institution of learning may lawfully claim domicile for voting purposes in the New Hampshire town or city in which he or she [lives] maintains a physical presence while attending such institution of learning if such student's claim of domicile otherwise meets the requirements of RSA 654:1, I. “ Open Democracy Action opposes this bill

10:30 a.m. HB 531-FN-L ends the current same-day registration practice of allowing a voter to sign an sworn affidavit, subject to providing documents such as a ID, citizenship or proof of domicile within 30 days of voting and being subject to investigation by the NH Attorney General.   In those cases, the voter is allowed to vote.  HB 531 instead allows the voter only to cast a “provisional” ballot, where the voter must return on election day with adequate documentation, or the vote will not be counted.   The number of voters who use the current affidavit is very low statewide, and does not justify disenfranchising someone whose birth certificate is at mom & dad’s in California.   Open Democracy Action opposes this bill

11:00 a.m. HB 535 repeals the qualified voter affidavit, which would prohibit voters without the necessary domicile, citizenship or identification documents from voting. Currently voters without documentation that election officials consider to be qualified voters can fill out an affidavit, then vote as normal, but with the understanding that they will have to produce the necessary documents within 30 days.  Open Democracy Action opposes this bill

Both Reps. Kuster and Pappas were co-sponsors of House Resolution 1, the For the People Act, as were all but one Democrat, and voted last Wednesday when the bill passed in the U.S. House.   Please thank them for their support of

H.R. 1, and express your support for H.R. 4, the John R. Lewis Voting Rights Act which will come before them later this year.    H.R. 1 cracks down on voter suppression tactics being perpetrated around the United States. (See details below in Action #3)  H.R. 1 has dozens and dozens of other important democracy reforms as well, including voting as a national holiday, efforts to get money out of politics, and online voter registration.    H.R. 4 restores the Voting Rights Act, repealed in 2013.  This will help protect the voting rights being attacked by over 250 bills trying to deliberately put up barriers to our voting freedoms, particularly for voters of color.

Senate Bill 1, or S. 1, is the Senate's version of H.R. 1.   Write a postal letter to Sens. Hassan and Shaheen asking for their support on S.1 when it comes before the 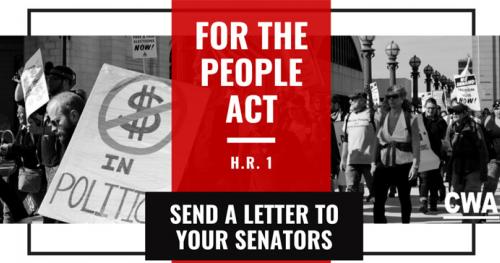 Senate in April, and tell your story about why S. 1 would help NH's voter.

END THE DOMINANCE OF BIG MONEY IN OUR POLITICS

If you would like  to view the full Bloody Sunday in Selma event, you may do so on our YouTube page.