The next meeting of the Open Democracy Book Club will be April 15, 2021 at 7 pm Eastern Standard Time.  We continue to focus on the theme:  Where are we, how did we get here, and what are we going to do about it?"

The book we chose is Lawrence Lessig's They Don't Represent Us. 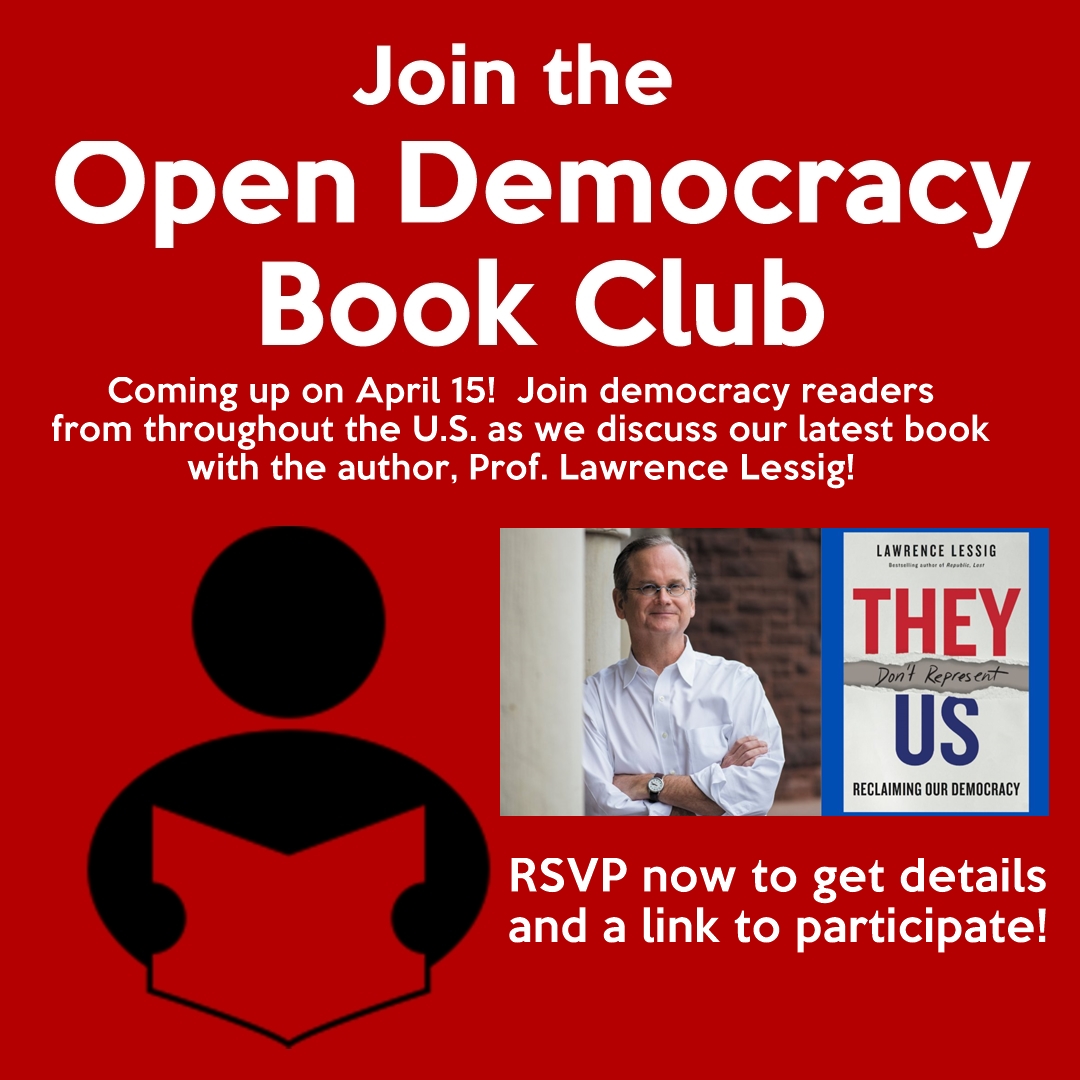 America’s democracy is in crisis. Along many dimensions, a single flaw—unrepresentativeness—has detached our government from the people. And as a people, our fractured partisanship and ignorance on critical issues drive our leaders to stake out ever more extreme positions.

In They Don’t Represent Us, Harvard law professor Lawrence Lessig charts the way in which the fundamental institutions of our democracy, including our media, respond to narrow interests rather than to the needs and wishes of the nation’s citizenry. But the blame does not only lie with “them”—Washington’s politicians and power brokers, Lessig argues. The problem is also “us.” “We the people” are increasingly uninformed about the issues, while ubiquitous political polling exacerbates the problem, reflecting and normalizing our ignorance and feeding it back into the system as representative of our will.

What we need, Lessig contends, is a series of reforms, from governmental institutions to the public itself, including:

A soul-searching and incisive examination of our failing political culture, this nonpartisan call to arms speaks to every citizen, offering a far-reaching platform for reform that could save our democracy and make it work for all of us.

Lawrence Lessig is the Roy L. Furman Professor of Law and Leadership at Harvard Law School.

They Don't Represent Us, by Lawrence Lessig

Available through your independent bookseller: